This week's Rhodia Paper Project brought me one sheet each of 80g white Rhodia line ruled paper in these sizes:

The paper itself is a crisp white with horizontal violet lines.  The No. 16 and 19 samples also include a red vertical line indented from the left margin, making it reminiscent of the filler paper I used in elementary school -- minus the holes. 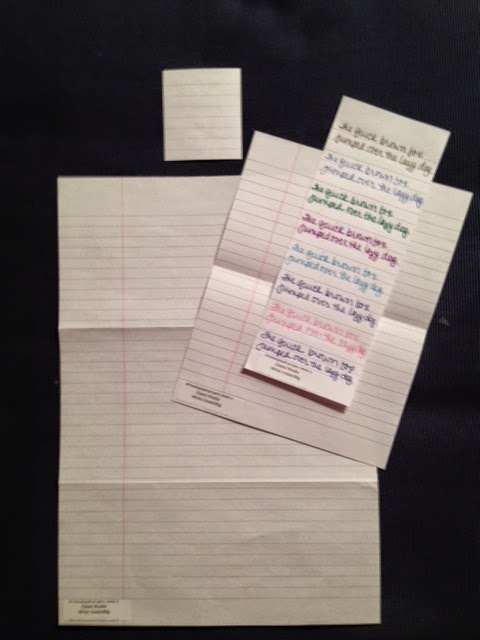 Smooth to the touch -- without being glossy -- the sample paper took a variety of inks extremely well, from no-name ballpoints to medium point felt-tip and liquid Flair pens, and from Marvy's LePen to Bic's four-color, medium point retractable ballpoint pen.  None -- not even the Pilot Varsity fountain pen -- showed through on the reverse side.

My personal preference with regard to size is the No. 8, which would be extremely useful for all kinds of lists:  wish lists, to-do lists, grocery lists...and more.  I'm sure I could find countless uses for the No. 16 -- in the office for recording meeting notes, phone conversations and like, or as a catch-all paper source in my tote bag for notes, lists and observations on the go. The dimensions of the No. 19, I think, are too large for anything but a stay-on-the desk pad. Originally, I thought the dimensions of the No. 10 made it too small to be useful, but in reconsidering the sample, I'd love to see this size as a sticky note -- in both lined and unlined versions -- which would make it endlessly useful.

Once again, the Rhodia Paper Project has provided interesting and unique paper samples to test, and I'm grateful for the opportunity to offer thoughts and feedback.
Posted by JanetheWriter at 11:47 PM 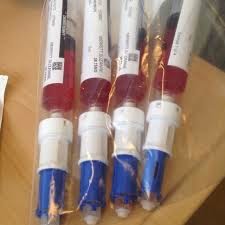 Even though I'm not the one with cancer (pu, pu, pu), I can tell you that there's not much to like about chemotherapy.  In fact, it epitomizes "#cancersucks."

And yet, Amy and I have managed to find a few silver linings in the chemo routine we've established in recent weeks:

When they're finally over, sometime in March, I doubt that either of us will miss the chemo sessions themselves.  We may, however, miss some of the simple pleasures and human connections -- the silver linings -- that we've made a part of the process.
Posted by JanetheWriter at 12:30 AM

Although I appreciated the way various inks took to both paper types, and I was happy enough with the medium smooth texture of the notebook paper, I especially enjoyed experimenting with the index card.  And, as I have throughout these weeks of experimentation, I tested a variety of pens -- from lowbrow "no names" to drugstore "cheapies," before moving up to a Sharpie, a few PaperMates and a Bic or two, and finally my Pilot Varsity fountain pen.  No Shaeffer, Mont Blanc, or Lamy here....yet!

In this round of testing, I enjoyed the pastel shades of the samples -- pale blue on the one from the notebook, and pale green and baby pink on the index cards, all with violet grid lines -- which were a welcome change of pace from the ubiquitous white and ivory that are the norm from day-to-day.

Having now participated in The Paper Project for nearly a month, I increasingly find that regardless of the paper, I much prefer pen points (and inks) that are thicker and smoother -- Pilot Varsity, Liquid Flair, and the "regular" Flair, for example -- and thus seem to require less pressure when writing.  Similarly, I generally appreciate grid lines and do not find them to be a distraction in my work. 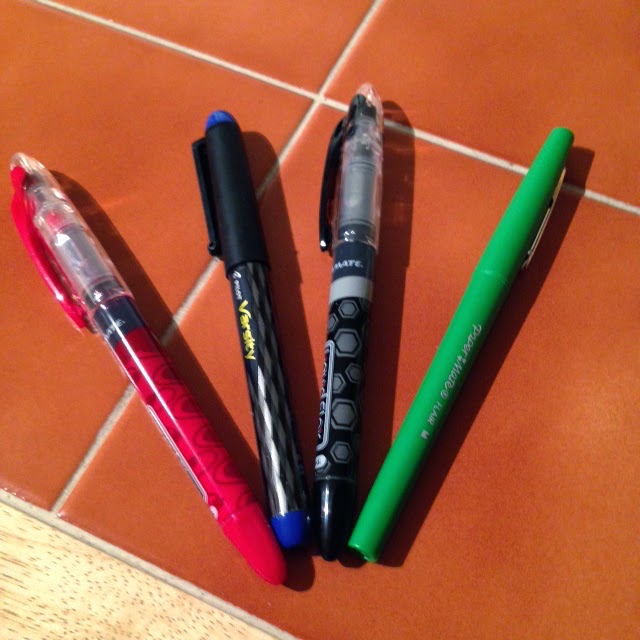 I look forward to ongoing opportunities to sample -- and write about -- Exclair papers in the weeks ahead.
Posted by JanetheWriter at 12:37 AM

The Desktop Does Not Move

This afternoon on my way home from work, I ran an errand at Staples, where I couldn't help but snap this photo: 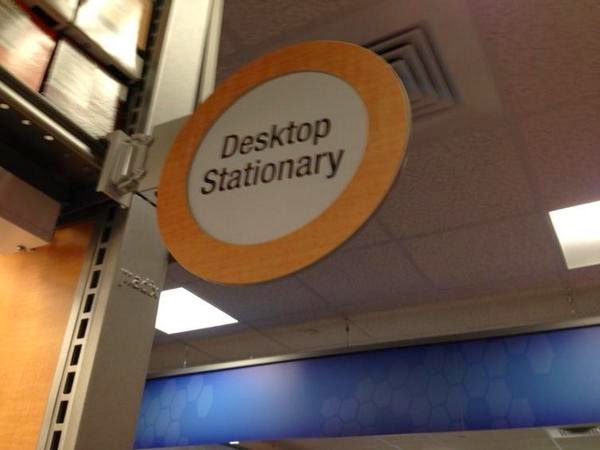 I also posted it to my Twitter feed with this caption:  Really, @Staples?!? You can do better.

Almost immediately, @Staples tweeted back at me:  @JanetheWriter Oh no! What was the issue? A small selection?

To which I responded, somewhat exasperated:  @Staples It's S-T-A-T-I-O-N-E-R-Y. You know, with an ENVELOPE.

The conversation ended with this: @JanetheWriter Thanks for letting us know! #GoodLookingOut

I'll be curious to see if (and when) the store corrects the sign...and you know I'll be checking on it.

Goldilocks and the Exaclair Paper Samples 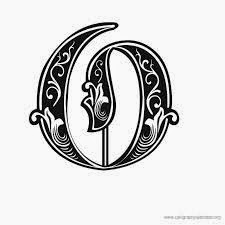 nce upon a time there was a writer named Goldilocks.  She was fascinated by quality writing paper, and lucky to receive three different Exaclair papers to sample as part of The Paper Project Week 2.

The first paper was the Clairefontaine Triomphe (white/blank 90g), which was incredibly smooth – almost slick or slippery – to the touch.  It was a clean, bright white color, with no underlying pattern or design to get in the way of Goldilocks’ doodles.  However, Goldilocks didn’t really like the way various inks (a Marvy Le Pen, several PaperMate Flairs, and a Pilot Varsity fountain pen) took to the paper.  They seemed just to sit on top of the glossy surface, without penetrating into the fiber.  After a few strokes, Goldilocks put down her pen and went on to the next paper sample. 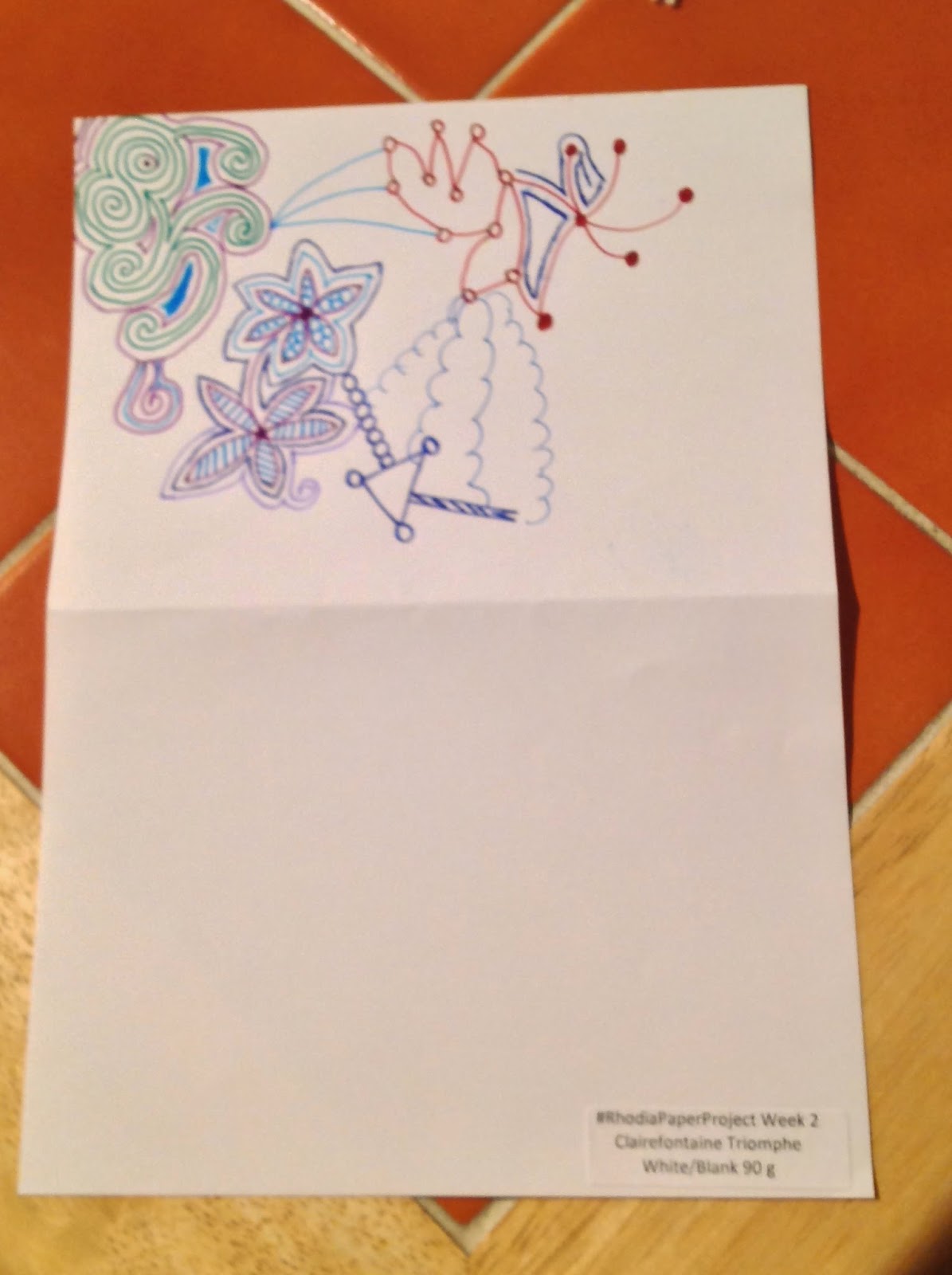 The second sheet was the G. Lalo Verge de France (white/blank 100g).  It was a tad bit heavier than the Triomphe and although the color was described as white, in comparison to the Triomphe, it actually was ivory.   This paper had a rougher surface than the Triomphe, and some of the inks bled into it, although none soaked through to the reverse side.  When held to the light, vertical “lines,” approximately an inch apart were visible on the G. Lalo Verge de France paper, as were horizontal lines that were so closely spaced that they looked like corduroy.  When she tried to write on the G. Lalo Verge de France, the points of her pens seemed to get tripped up in the paper’s rough surface and the experience wasn’t a smooth one.  On this paper, too, after a few strokes Goldilocks put down her pen and went on to the next sample. 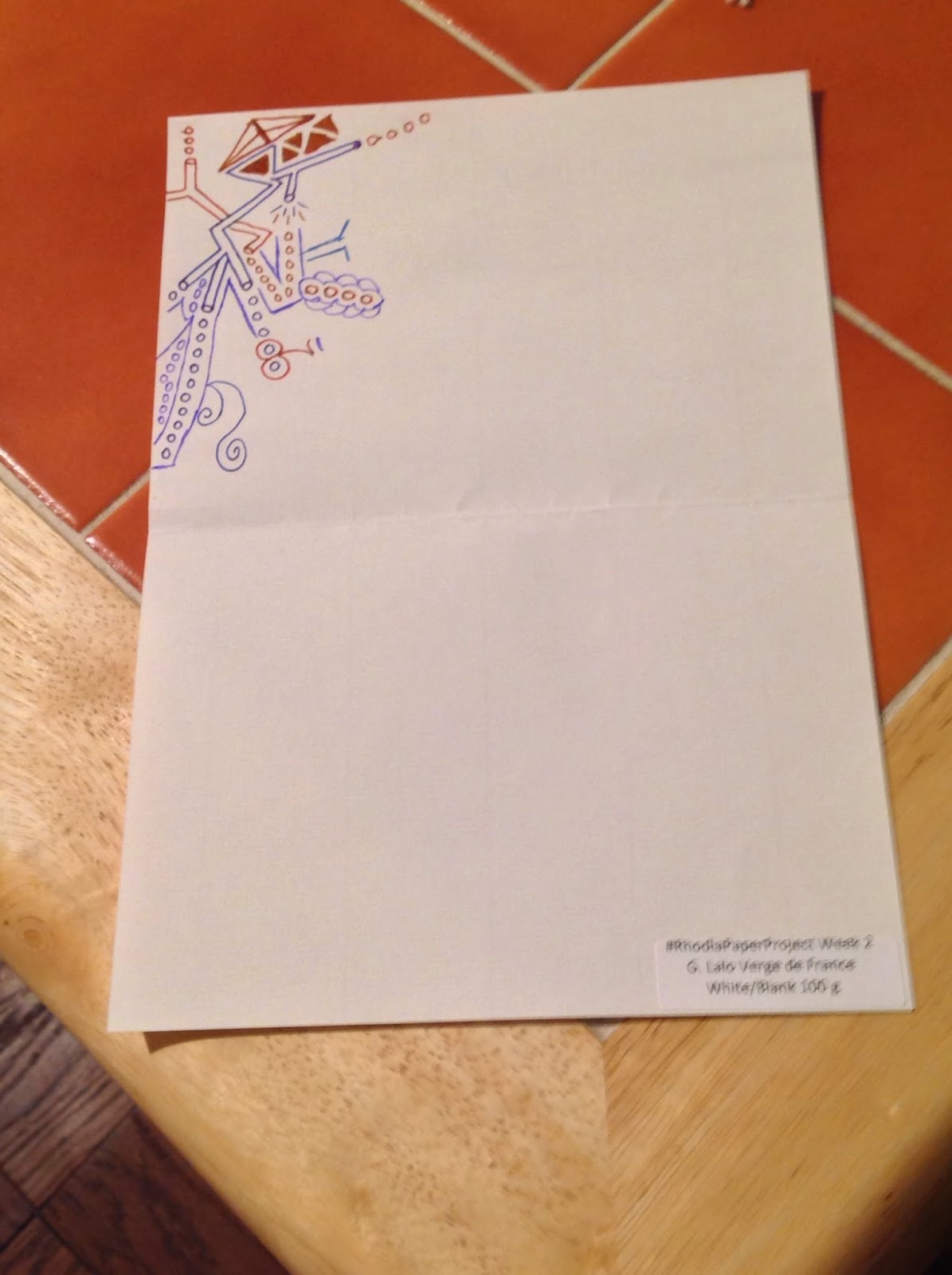 The last sample Goldilocks tried was the Clairefontaine GraF it (white/blank 90g).  Smoother than the G. Lalo Verge de France, but not as glassy as the Triomphe, she loved the glide of each pen over the surface, and the way the ink took to the paper.  The color, too, wasn’t the I-need-sunglasses-when-I’m-using-this-paper white of the Triomphe, but a muted white – almost a gray-white – that was exceptionally easy on the eyes.  Ink after ink, pen after pen, Goldilocks kept doodling on the GraF it, until she knew that it was the paper that was just right.

The End.
Posted by JanetheWriter at 10:21 PM

Plowing Through to a Better Self

Today was Shabbat Lech L’cha, your favorite parashah.  I’m sure Cantor Dubinsky didn’t know that when, during the hakafah at minyan, she asked me to recite the Torah blessings, but it seemed like an appropriate coincidence, so I nodded my agreement.

It seemed appropriate, too, that following minyan and Torah study, I'd arranged to meet Lil’ Zigs at a (highly recommended) wig store near Columbus Circle, setting us off on a journey to ChemoLand, a place we do not know.

I think I need to back up, though, and fill you in.  In mid-August, just a few days before her birthday, her annual sonogram (which, in addition to a mammogram, she's been having since you died, even though she pays out-of-pocket because her insurance doesn't cover the cost) picked up something that, although it didn't show up on the mammogram turned out to be breast cancer.  Needless to say, she was blindsided, and I was stunned by the absolute irony of the diagnosis, given that I’m the one with the BRCA mutation.  In fact, to ensure that this was truly “sporadic” breast cancer and not the result of a hereditary mutation, we met with a genetic counselor, and LZ had genetic testing beyond the Multisite 3 BRACAnalysis we'd both had in 2010, which tests for only the three Ashkenazi founder mutations.  (When my results turned up positive for the BRCA2 Ashkenazi founder mutation, and LZ was negative, no further testing was done.)  Thankfully, her more recent comprehensive BRCA analysis and BART test both came back negative.  A cruel roll of the dice, gave her this cancer, and lumped her together (no pun intended) with the 12% of women across the board that randomly get breast cancer within their lifetimes, although some might suggest that she was at increased risk given her family history.

In early September, she met with the same surgeon who did my mastectomy and we learned that the tumor was small (1.6 cm) and that it was estrogen receptor and progestin receptor positive, as well as positive for the HER2 protein.  This last characteristic made it more aggressive than other types of breast cancer.  By the end of that appointment, there was a lumpectomy on the calendar for September 25 – which was Rosh Hashanah this year – the first date that worked for both the surgeon and Lil’ Zigs, given the crazy travel schedule she maintains for her wildly successful business.

Two weeks after the lumpectomy, we met with the surgeon again and learned that the tumor was totally contained, that the tissue surrounding it was clear of cancer, and that the lymph nodes were not involved.  The upcoming chemo is insurance against any microscopic spread in light of the tumor's HER2+ profile.  The first session is scheduled for a week from today and the A-C-T regimen looks like this:
She's got appointments scheduled in January with a plastic surgeon and a radiation oncologist so that she can figure out next steps -- mastectomy or radiation.  That decision is hers to make, but in the the meantime, she's got plenty of time to ponder the pros and cons of each.

As I’m sure you can imagine, Lil’ Zigs wants no part of anything pink, no support groups, no coddling, and no fussing over her.  She's planning to plow through all "this nonsense" as she says, so she can get on with the rest of her life.

Nonetheless, she has cut back on her travel significantly beginning in mid-November, but in the meantime, she’s front-loaded a ton of business into this coming week (and the week following her first chemo session) and will be on 10 flights and in six cities during the next seven days.  Only when she returns from all that travel will we begin our journey to a place we do not know.

But, like Abraham, we are blessed on this journey. You are with us each day -- in our hearts and in our minds -- as we travel into ChemoLand.  We’re lucky, too, to have an abundance of friends – some we know and others we have not yet met – who already are sharing their time, their talents, and their expertise, so that Lil’ Zigs and I can go forth from all “this nonsense” to our new and better selves.