I Know You Were Marching Right Beside Me

Although I don’t know what kind of news coverage there is where you are, I hope you know that Donald Trump is this country’s new president – and that from the perspective of many Americans, he’s wreaking havoc on our democracy.

As the National Organization for Women has reported, immediately following his inauguration, he:
The new president also is having a field day with executive orders, and within 72 hours of taking office, signed executive orders to:
Even as we’re bracing for a Supreme Court nominee and other actions that will attempt to erode women’s rights and civil rights of countless Americans, an unprecedented grassroots movement is gaining momentum. Last Saturday – one day after the president’s inauguration – millions of women (and plenty of men, too) took to the streets in cities across this country and around the world, peacefully marching to demonstrate, again in the words of NOW, “that women’s rights and civil rights will not be rolled back.” 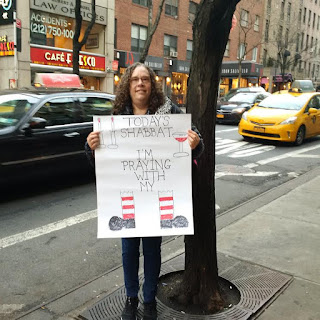 For the first time in many decades, we’re proving that we know what democracy looks like, we’re exercising our right to speak truth to power, and we’re standing up for what is right and just – for women and men, immigrants, people of color, gays, lesbians, transgender people, Muslims, and anyone who calls this country home.

I’m quite sure last week’s march was only the beginning of our work to protect the freedoms and opportunities this country offers us – and that we, unfortunately, can no longer take for granted. Secure in my own beliefs as a feminist, an American, a liberal Jew, and a human being, I am prepared to roll up my sleeves and get my hands dirty in an effort to make America think again. In the meantime, I was beyond proud to join with hundreds of thousands of other sign-toting New Yorkers in the march up Fifth Avenue – and I know you were there too, marching right beside me.

One More Terrible Thing About 2016 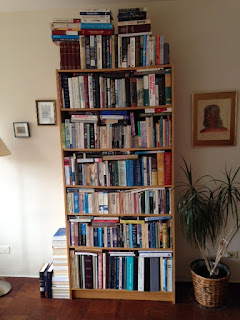 As though the year just ended wasn’t horrible enough – annus horribilis as Queen Elizabeth would say – I was appalled to discover, thanks to Goodreads.com, that in the entire 12 months I read a meager five books.

Five books?! High school students do better than that in a single semester.

Appalling, dreadful, upsetting, dismaying, and inexcusable don’t begin to describe my disappointment, but for what it’s worth, here are the volumes that captured my attention in 2016:
Having finished Susan Cain’s Quiet: The Power of Introverts in a World That Can’t Stop Talking before the new year was even 12 hours old, I guess I’d count this one as well.

Although I’m not generally the resolution-making type, determined, dogged, firm, unwavering, and single-minded barely scratch the surface of my tenacity to do better this year.

With that in mind, I’m off to my reading chair, Anne of Green Gables in hand.
Posted by JanetheWriter at 1:30 PM