With Hereditary Cancer Syndrome, Every Month Is an Awareness Month 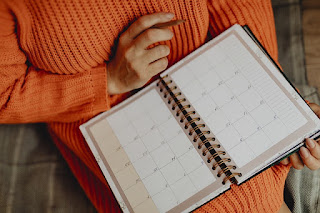 It's taken me a long time to realize what a toll October, Breast Cancer Awareness Month, takes on me each year, but last week, it hit me. At an awareness event at my synagogue, one of the presenters scribbled the word "metastatic" in all capital letters on the flipchart at the front of the room - M-E-T-A-S-T-A-T-I-C - and I thought I might lose it.

As though a time machine had whisked me away, it was Friday, April 2, 2010, all over again; I was alone with my mom at the hospital. Just outside the room where she'd been since the previous Monday (the night we were to have hosted the first seder of 5770), amidst the constant bustle of the nurses' station, her oncologist offhandedly said to me: "It's everywhere."

It's impossible to believe that fateful day was nearly a decade (a decade?!?) ago, but in the intervening years, I've done everything possible to protect my own health since I learned I carry the same BRCA2 genetic mutation that we now know contributed to my mom's death. In addition to significantly increasing carriers' lifetime risk for breast and ovarian cancer, it also raises my risk of melanoma and pancreatic cancer - and in men, the risk of breast, prostate, melanoma, and pancreatic cancer.

Although I'm glad to have turned the corner from October into November, the latter is Pancreatic Awareness Month, and my vigilance is year-round, so, here are a few statistics about the disease from the Pancreatic Cancer Action Network (PANCAN):
Of course, I'm grateful that my family doesn't have a history of pancreatic cancer. At the same time, according to PANCAN, the cause of most pancreatic cancer is unknown, and there are no early detection tests and few effective treatments.

Having said that, with each passing year, I'm increasingly grateful to FORCE: Facing Our Risk of Cancer Empowered, the grassroots organization that has done so much for me during the last decade. In addition to introducing me to other BRCA+ women whom I could learn from and lean on throughout my journey, FORCE has given me a network of friends who are framily and a platform from which I can spread awareness about hereditary cancer mutations, as well as share my knowledge, gained through experience, to help women who are behind me - as thrivers, survivors, and previvors - on their own hereditary cancer journeys.

Most recently, FORCE helped me uncover this clinical trial for pancreatic surveillance, designed to collect enough data to allow the researcher to obtain funding to conduct a full study that may lead to early detection among individuals at highest risk. Because it's open to individuals with BRCA mutations, but without a family history of pancreatic cancer, it ensures that I can continue to do everything possible to protect my health. For this and so much more, I'm ever-grateful to my FORCE family.

With that in mind, please consider making a donation to FORCE - not only in gratitude for what the organization has done for me, but also to ensure that it can continue to provide much needed support, resources, and advocacy to others affected by hereditary cancer syndrome, and to help me fulfill my annual $250 fundraising goal as a volunteer outreach leader for FORCE in New York City.

With deep thanks and appreciation,
~ Jane.

Posted by JanetheWriter at 5:34 PM