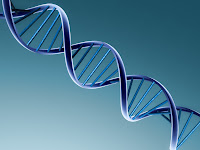 I recently created a Google alert for Myriad Genetics and once each day, I get a list of links to news articles, blogs and other information about the company that appears on the web.  Needless to say, I’m learning a lot of interesting things about the Salt Lake City-based company that holds patents on the BRCA1 and BRCA2 genes.

If you’re scratching your head thinking “Hmmmm, I wonder how it is that a commercial company can hold a patent on genetic material,” good for you.  I’m wondering the same thing, and apparently so is the ACLU.

In the spring of 2009, the ACLU brought a suit against Myriad Genetics, the U.S. Patent and Trademark Office (USPTO) and the University of Utah Research Foundation for patents on “products of nature.”  In holding these patents, Myriad limits access to the BRCA1 and BRCA2 genes, not only stifling further scientific advances and compromising quality assurance, but also denying women the option of a second opinion before making difficult, emotionally wrenching decisions about life-changing surgeries.  Furthermore, because the company holds a monopoly in the United States on testing for the presence of mutations in the genes that significantly increase women’s lifetime risk of breast and ovarian cancer, the full test costs more than $3,000, a figure that forces many women who might otherwise be tested to forego BRACAnalysis entirely.

Slowly, the case is making its way through the judicial system.  In March of 2010, a federal district court judge ruled that patents on “products of nature” are invalid, but this ruling was partially overturned in July 2011 by the U.S. Court of Appeals for the Federal Circuit, which upheld that Myriad’s patents on the genes are valid, but that the methods used to sequence the genes are not.  In December of 2011, the ACLU petitioned the Supreme Court to hear what has the potential to be a landmark case.