All Body Parts All the Time

The content of this blog post may not be suitable for all readers.  Reader discretion is advised. 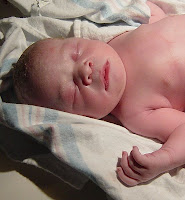 A friend recently suggested that my life is “all body parts all the time.”  In some ways, she’s not wrong.

With my reconstruction now complete, I’m able to turn my full attention to researching and writing my master’s thesis which also focuses on a particular (but different!) body part.

In case you haven’t been following the story, I’m writing about the Haredi practice of metzitzah b’peh (oral suction as part of Jewish ritual circumcision) that, in the last eight years, has resulted in 11 cases of neonatal herpes in New York City, including the death of two babies. Recently the New York City Board of Health voted to require Haredi mohelim to obtain written consent from parents before performing metzitzah b'peh as part of the baby's bris.  The Haredim have filed a lawsuit against the city, and a judge ordered a stay on the requirement until the next hearing, which is scheduled for November 14.

But, rather than get into further details here, I’ll let you read the section on Jewish ritual circumcision that I’ve just completed...which also partially explains why I haven't been able to blog here in recent weeks.

According to Klein (1992), “[t]he operation of ritual circumcision consists of three steps:

Initially, these steps were described in the Talmud—a compilation of rabbinic writings completed by the 5th century—in the context of what can and cannot be performed on the Sabbath.  According to the Talmud, “We may perform all the necessities of circumcision on the Sabbath.  We may circumcise, uncover the corona, draw the blood, and place a bandage and cumin upon it.”

Later, these same steps were described again by Moses Maimonides, the 12th century Torah scholar and physician in his Mishneh Torah (Repetition of the Torah).  This 14-volume work describes all the laws of Jewish observance as detailed in Jewish texts (Torah and Talmud).  In his Mishneh Torah, Maimonides writes:
How is the circumcision performed?  The foreskin that covers the crown of the penis is cut off until the entire crown is revealed.
Afterwards, the soft membrane that is beneath the skin should be split along the mid-line with one’s nails and peeled back to either side until the flesh of the crown is revealed.
Afterwards, one should suck the place of the circumcision until all the blood in the further reaches is extracted, lest a dangerous situation arise.  Any [mohel] who does not perform metzitzah should be removed from his position.  After one has performed metzizah, one should apply a bandage, a compress, or the like. (Touger, 1991)
It is important to note that the Hebrew Maimonides used to describe the third step in the process is metzitzah [suction], not metzitzah b’peh [suction by mouth].   Although the text does not explicitly specify the suction method to be used, it is plausible to presume that during Maimonides’ time, suction by mouth was the only feasible way to draw blood away from the circumcision wound.  Touger (1991) offers this commentary on the text, providing an explanation of why metzitzah b’peh has largely been abandoned by all but the most ultra-Orthodox Jews:
Traditionally, the mohel sucks out the blood with his mouth.  Nevertheless, in previous generations, the Rabbis did grant license to use a pipette because of the possibility that germs in the mohel’s mouth might infect the child.  Today, there are authorities who suggest the use of a pipette because of the danger that the mohel could contract AIDS. (pp. 220-221)

And yet, like their brethren in 19th century Hungary and Germany who believed the commandment to perform metzitzah b’peh was handed down from God to Moses, Haredim in New York City continue this custom, believing that their practice imbues it with the weight of Jewish law.  According to Dvoretzky and Roth (2012), counsel to the International Bris Association (IBA), one of the three organizations that has filed suit against New York City for its efforts to obtain parental consent prior to ritual circumcisions in the Haredi community:
Traditionally, metzitzah was performed using direct oral suction—metzitzah b’peh (“MBP”)—and this method remains in widespread use in Hasidic, Orthodox, and ultra-Orthodox Jewish communities.  Indeed many prominent rabbinic authorities maintain that MBP is the only legitimate way to properly complete the circumcision in accordance with Jewish law. (p. 26)
It seems extremely unlikely, therefore, that the Haredim will forsake metzitzah b’peh under any circumstances, despite the possible health risks to both the infant and the mohel that have been identified by generations of scientific experts—and heeded by rabbinic authorities—beginning in the 19th century.

Yes, at the moment it is all body parts all the time!  Stay tuned....
Posted by JanetheWriter at 7:00 PM