Sure You Count, but Not for the Minyan 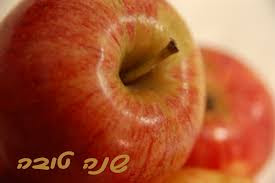 On my way to a break-fast tonight, I walked past what used to be Vintage Irving, a Union Square wine bar. The bar/restaurant, it appeared, had been converted into a shtiebel, at least for today. A kittel-clad man stood out front asking passers-by if they were Jewish; it seemed they needed one more for a minyan.

The man a few paces ahead of me said, no, he wasn’t Jewish, but wished the man a shana tova.

“You seem to know the lingo,” came the response.

“I’m not Jewish, but my mother was,” said the passer-by.

“Your mother was Jewish; you’re Jewish. Come on in.”

The man refused, politely, but stayed rooted to his spot on the sidewalk.

By now, I’d stopped, too, and without thinking said, “But you won’t count me…”

“Sure I count you,” the kittel wearer told me, “but not for the minyan.”

“Shana tova,” I said, continuing on my way.
Posted by JanetheWriter at 10:13 PM