That Time I Did Hagbah at Minyan 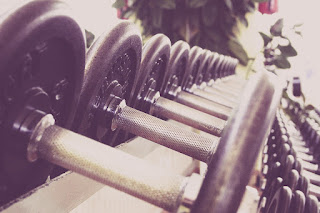 Since I don’t speak Spanish and as an immigrant from Ecuador, you probably don’t speak much in the way of “Jewish worship,” I’ll do my best to explain this thing that happened on Saturday morning that you helped make possible.

In the middle of Jewish worship services on the Sabbath and festivals -- and on Mondays and Thursdays in more traditional congregations – Jews read from a Torah scroll, which contains the Five Books of Moses – Genesis, Exodus, Leviticus, Numbers, and Deuteronomy. The text is handwritten in Hebrew by a specially trained scribe on animal skin parchment and considering its contents, the scroll is treated with the utmost respect.

After the Torah reading has been completed, it’s customary for one person to come forward to “do hagbah,” which entails lifting the open scroll overhead so the congregation can see the text that was just read. This custom derives from a verse in the Book of Nehemiah that says: “And Ezra opened the book in the sight of all the people.”

So, back to last Saturday…

We were all standing around the lectern where the Torah had just been read and my friend Roz had finished her first-ever aliyah (reciting the blessings before and after the Torah reading itself), which she’d done in honor of her husband’s 93rd birthday, coming up in a few days. Then, the rabbi invited me to help with hagbah, an honor usually reserved for a strong man because some scrolls are extremely heavy – and the last thing anyone wants is for a Torah scroll to fall or be dropped.

Thinking about those Hoist weight machines, the free weights, the rowing machine, the treadmill, the crunches, the running, the jumping, and all the other hard work I’ve been doing with your help throughout the last six weeks, I hoped I was up for the challenge. With guidance from the rabbi, I took hold of the bottom handles of the scroll, bent my knees to get some leverage, and to my incredible delight, lifted it and turned so everyone could see the text, although it wasn’t open very wide at all (and the rabbi was “spotting me” to ensure nothing bad would happen).

Returning the Torah to the lectern, I helped tie the two parts of the scroll together, replace its velvet cover, silver breastplate, and  yad (literally “hand”), the pointer that the Torah reader uses to keep his or her place while reading. Once it was safely on the shelf where it would remain for nearly the rest of the service, I returned to my seat in the pews, but not before the rabbi said that the expression on my face during hagbah was “worth the price of admission.”

Indeed, it was an incredibly exhilarating and powerful moment-- not only for the chance to give honor to the Torah in a way I never had done before, but also as a reminder that hard work, commitment, and pushing yourself in new and different directions often have unexpected, wonderful rewards.

Thanks for the reminder…see you in the gym!