Catching Up With The Mums 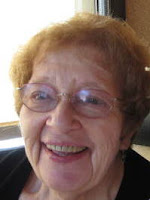 I can’t believe that it’s been nearly a year since my last letter to you, but the calendar doesn’t lie. Although there are still a few Sundays before the first seder, I’ll use a bit of this one to catch you up on some of what’s going on here.

For a variety of reasons, Amy and I decided that we’re going to make this year’s seder in NYC.  It’ll be a first for all of us, but should work out just fine.  I’ll do the brisket, charoset and maybe some tzimmes, and Amy will do a chicken or turkey breast and the desserts.  As always, Aunt Claire—who moved in December to a new apartment in Pompton Plains—will make the soup and matzo balls.  Of course, we’ll use the bright yellow haggadot, and I’ll finally get to use the beautiful Lenox seder plate that was a wedding gift more than two decades ago.  Most important, though, we’ll all be together.  We know that you’ll be there, as you always are, doing all the duh-duh-duh-duh-duhs at the end of every verse of Dayenu.

I know you were with us last weekend, too, at the Diana S. Herman Memorial Scholar-in-Residence weekend at Temple Emanu-El.  When the day started out wet and dreary, I thought maybe you’d forgotten about getting us some good weather, but by the afternoon, it was bright and sunny and I knew you’d remembered.  Elliott was the speaker and, as usual, he was great.  He talked about the religious, social and architectural factors that influenced synagogues in America from about 1850 to the present.  You would have loved it!  One more thing about Elliott:  As of the end of this coming week, he’s leaving his job at the Union.  I’ll be sad when he’s not around in the office everyday (and will miss his infectious chortle and great grin), but I know he’s moving on to new and exciting things and that wherever he lands, they’ll be lucky to have him (and his M&Ms).

Speaking of moving on, Debbie Bravo’s leaving, too.  Come the summer, she’s going out to be the senior rabbi at Sue Feldman’s congregation on Long Island.  I’ll miss her, too, and hope to stay in touch.  There’s a congregational meeting this afternoon (Daddy will be there) to approve the board’s recommendation to hire a new rabbi.  New is definitely the operative word here as he’s going to be ordained by HUC in New York in early May.

This is the weekend that you’d usually come in and stay overnight with me for the Union’s Executive Committee meeting.  The meeting’s actually going on as I write this letter to you, but the governance structure is changing and it’s now known as the Oversight Committee.  There are lots of other changes underway at the Union these days and it’s definitely a different place than it was when you were on the board.  Recently, someone I know made the apt analogy that we’re all working for a new company—with new jobs and a new boss.  Change is hard (and more than a little stressful), and I am muddling through as best I can.  I know that you’d know just the right thing to say about all of this, and I wish you were here to say it.  The best I can do on my own is to remember how at other times like this you’d always remind me how Grandma would say that “things will piece themselves out.”  I hope that will be true this time around, too.

Now, though, I’ve got to go take care of some mundane tasks--laundry and balancing my checkbook among them.  I’ve also got a paper to write (now that I’ve finished editing someone else’s—which I took on a few weeks ago as a freelance project) and some reading to do.  If there’s any time left, I’d love to veg out on the couch, peruse the Sunday paper, and go to bed early.  I’d best get busy.

I hope that you’re enjoying all the books and conversations at your Yeshivah shel Mal'ah, where I’m sure you’re still debating with God about Moses being denied entry into the Promised Land.  Especially while everything here is a whirlwind of change, it’s nice to know that where you are, some things never change.  Miss you…wish you were here.