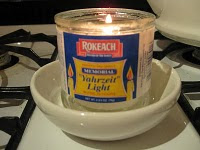 There are a few other things you might want to know – if you don’t already.  The "bridge ladies" are trying to find a date to get together again during mid-September, and when I wrote back to tell them which dates could potentially work for me, one of the dates that doesn’t work conflicts with a meeting of the TST Ritual Committee on which I now serve.  Like mother, like daughter...

Also, I assume that you know that Debbie Bravo’s leaving at the end of June to become the senior rabbi at Sue Feldman’s congregation.  I’m sad…but I’m sure this is a good opportunity for her, and hopeful that she and I will stay in touch.  Two years ago at this time, we spoke every day.  When I was in the city, she’d call after every visit with you to give me a report and check in on the rest of us.  I’m not sure how we made it through those long days, but I’m sure that we couldn’t have done it without her and everyone else who called, visited, cooked, texted, emailed, posted messages on Caring Bridge, and otherwise helped us absorb the shocks of that bumpy road.  I was just thinking the other day about the “concert” in your hospice room on one of the first days after you got there.  It might have been the day after Shavuot, but I don’t remember exactly.  What I do remember is the singing…  Jacquie on the guitar, Sally, Flo, Randi, Debbie and whoever else happened to be there at the moment.  We sang all your favorites:  Jerusalem of Gold, The Impossible Dream, America the Beautiful, We Gather Together and lots of others.  I hope you heard us and could enjoy the music.

Daddy’s going to the June 16 gala honoring both Debbie and David so you will be well represented.  I considered going, too, but I’m having “nip and tuck” surgery on June 19 so just want to lay low during the few days beforehand.  It’s a same-day procedure—under general anesthesia—to clean up the incisions and put the finishing touches on last year’s 12-hour surgery.  I expect that everything will go as planned and I’ll go back to work the following week.

In other news, Amy’s business has taken off like wildfire and she’s collecting clients faster than Albert C. Barnes collected art.  Ian is a Little League superstar with multiple games each weekend.  He plays catcher and when he’s at bat often hits well enough to bring a few players home.  He’s going to baseball camp this summer and, if Amy let him, would toss a ball around all day long.

As always, there’s lots more to tell, but I need to go fix some dinner.  I’m sure you already know most of what I’ve reported here, but in case you didn’t, I just wanted to keep you up-to-date.  And, of course, you know I don’t need any reminders about your yahrzeit.  Not a day goes by that I don’t think of you, miss you, and wish you were here.

P.S.  A “baby rabbi” will start at temple on July 1.  He was ordained a few weeks ago in New York and in my mind, he’s sort of like the new king in Egypt, with you playing the part of Joseph:  “A new king arose over Egypt, who did not know Joseph.”  But, as it says on the tee-shirts from the temple’s 40th anniversary:  “The journey continues…”
Posted by JanetheWriter at 9:53 PM