Two Rabbis, a Book, and Lots of Names 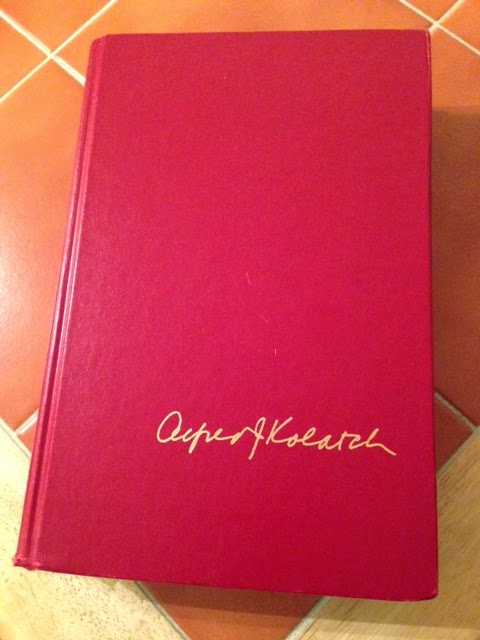 During yesterday's "hallway kiddish" following Shabbat services, Marlene, a longtime member and regular at the minyan, handed me this article that she'd clipped from The Jewish Week after reading my recent Ten Minutes of Torah essay.  I had not seen Rabbi Wolpe's short piece, and appreciated that she had saved it for me.

Later, toward the end of Torah study, Rabbi Stein told the group that he's in the process of giving away the books in his library--he'll be retiring at the end of June--and that we were welcome to stop in to see what might be of interest.  Needless to say, many of us followed him down to his office, which is overflowing with shelves of neatly arranged and well organized volumes.

After a few minutes of browsing, I asked the rabbi about a book I've seen referenced many times that always sounds interesting, although I didn't know its exact title.

"It's about names," I said, which was enough of a clue for him to pull this well-worn red volume from the shelf:  Complete Dictionary of English and Hebrew First Names by Alfred J. Kolatch. 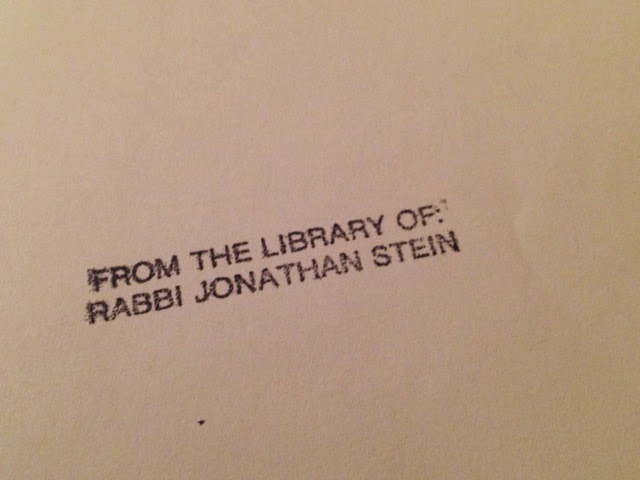 Indeed, the binding is broken in a few spots, and a whole section of pages containing feminine names from Billie, a feminine pet form of William, to Elya, from the Syriac and Hebrew, meaning "dirge, elegy" is full detached from the rest of the book.

Nonetheless, after just a few minutes of flipping through the book's 400-plus pages (and a second, more scholarly work, also about names), I told him I'd take the former and thanked him for this unexpected gift.  I'm grateful not only to add this particular volume to my own collection, but glad to have it as a keepsake from a rabbi who has been exceedingly kind and caring to me, and from whom I have learned much during the last four years.

Only after I left the synagogue did I read Rabbi Wolpe's column as I waited for the bus.  Entitled "A Name, A Soul," it begins with this sentence:

The Book of Exodus, in Hebrew, is called "Sh'mot," or names.

Rabbi Wolpe goes on to talk about the value and importance of names, before closing with this paragraph:


The crown of a good name, teaches Pirke Avot, is the greatest of all crowns.  In a graveyard, whatever other inscription a stone bears, it invariably records the deceased's name.  Tyranny seeks to erase names.  Memory and love restore and preserve them.

I am honored to be the keeper of Rabbi Stein's copy of "Kolatch," into whose worn red cover I have slipped the clipping of Rabbi Wolpe's short essay.  I believe it's the perfect spot in which to keep it.
Posted by JanetheWriter at 2:05 AM