#BlogElul: Can You Hear Me? We Don't Back Down From Cancer 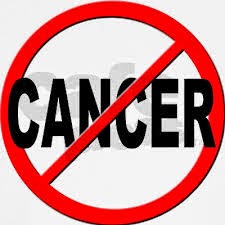 My sister and I spent a lot of time today listening to medical professionals.

Here is what we heard:
Based on what we heard and the constraints of the business she runs singlehandedly, this is the strategy she and the doctors have mapped out for the next few months:
We heard a lot today, and it was exhausting.  However, we're good listeners and we've got a pretty good handle on things.  Most of all, we're strong, we're a family, we're in this together, and we're buckling up for the ride.

Can you hear me?  We don't back down from cancer.

Inspired by Ima on (and off) the Bima, this #BlogElul post is one in a series marking the days of the Hebrew month of Elul, which precedes the Jewish High Holidays and traditionally serves as a time of reflection and spiritual preparation for the new year.
Posted by JanetheWriter at 11:57 PM