Connecting Torah to Today's World: How Cool Is That?! 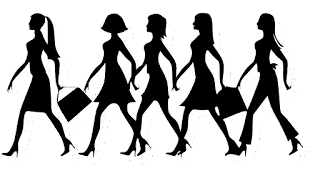 I disagree with the assertion made by many people that the stories in the Torah are not relevant to us today. Even tales that at first blush seem to have absolutely no bearing on our 21st-century lives can be unpacked and examined in ways that offer connections, lessons, applicability, or even just wonderful “aha moments.”

On Saturday, September 11, 2010, the Torah portion was Haazinu. I know that because I remember when, during hagbah (lifting the open scroll so the congregation can see the text), the cantor who was leading the service pointed to the text. I was stunned by how the ancient portion’s two columns reflected the shape of the Twin Towers. How cool is that?!

And then last week this happened: In Philadelphia on Thursday evening, Hillary Rodham Clinton accepted her party's nomination as the candidate for president of the United States – the first time a major party has nominated a woman for the highest office in the land. An historic moment for sure.

Two days later, we read from Parashah Pinchas about Zelophechad’s five daughters – Mahlah, Noa, Hoglah, Milcah, and Tirzah – who, having no brothers or other male heirs, asked Moses and the community to grant them a share of their father’s land as an inheritance. Unsure about an appropriate response, Moses asked God, who tells him that the women’s request is just, and so they are granted the inheritance they deserve, an historic moment that defies eons of patriarchal dominance. In this election year, these two events converged in precisely the same week. How cool is that?!

When we study these and other stories, often we can associate events in the ancient adventures of our people with the ongoing happenings in our own world – drawing out timely connections, lessons, and messages that bring new meaning, insights, and “aha moments” to our lives each week.
Posted by JanetheWriter at 3:42 PM