How to Play Jewish Geography in the Midwest 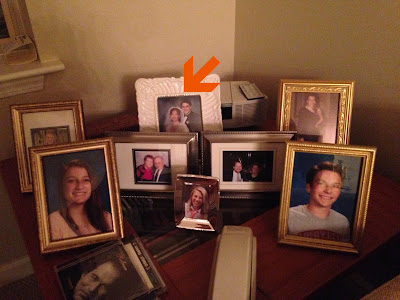 I know four people in the Detroit area: my Aunt Claire, who lives at Fox Run in Novi; West Bloomfielders Judy and Allan Tushman, part of my URJ family from the old days; and Rabbi Jason Miller, a two-time faculty member from Beyond Walls: Spiritual Writing at Kenyon, who lives in Farmington Hills.

I’ve been visiting with my Aunt Claire here in the Great Lakes state since Sunday. On Tuesday, we had lunch with Judy and Allan at a scenic spot overlooking Union Lake. It was great to catch up with them and play a little Jewish geography.

But it was nothing like the Jewish geography we played today.

Today, Jason stopped by for a quick visit. When he came into Aunt Claire’s apartment, he said it looked just like the one in which his wife’s grandmother had lived here at Fox Run. Further in, he perused the array of family pictures in the living room, asking me who was who.

“This is my cousin Marc,” I said, pointing to a wedding photo of Marc and his wife Susan.

“I thought you don’t have a congregation…”

As it turns out, my friend has a part-time position as the visiting rabbi at B’nai Israel in Sylvania, Ohio, about an hour south of this area, where my cousin and his family live. Jason’s there every fifth or sixth Shabbat, for the High Holidays, and other festivals and celebrations throughout the year.

Examining the photos further, he identified Marc’s kids, Carolyn and Brian, and before long Jason and Aunt Claire were talking about Feige, the congregation’s b’nai mitzvah tutor.

I’ve no doubt that their conversation will continue – either here in Novi or at B’nai Israel in Sylvania.