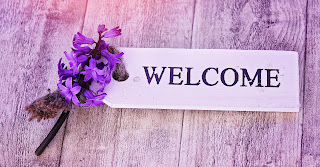 Although I’m not sick (pooh, pooh, pooh), today I welcomed yet another doctor to my larger-than-average cohort of medical professionals. I’ve signed on to be a subject in a research study surveilling BRCA2 mutation carriers and others at high risk for pancreatic cancer. The study’s primary outcome measures are:


I know I sound like a broken record (do millennials understand this expression?), but BRCA mutation carriers are at increased lifetime risk of developing not only breast and ovarian cancers, but also pancreatic and prostate cancers, as well as melanoma and male breast cancer. Furthermore, the lifetime risk of pancreatic cancer is higher among those with BRCA2 mutations than those with BRCA1 mutations. The risk for BRCA1 mutation carriers who also have a family history of pancreatic cancer approximately equals the risk among those with BRCA2 mutations.

It’s estimated that one in 400 people in the United States carries a BRCA mutation and most of them are unaware of their genetic status. Within the Ashkenazi Jewish community, approximately one in 40 people is a BRCA mutation carrier.

Considering that the schlep to White Plains was relatively painless (thanks to the good company of my sister!), there seemingly are no downsides to my participating in this endeavor. Of course, it will offer me a layer of protection against pancreatic cancer that I otherwise would not have, but it also will advance the body of scientific knowledge around screening for this disease, potentially saving lives along the way.

For more information about BRCA and other hereditary cancer mutations, visit FORCE: Facing Our Risk of Cancer Empowered, a grassroots organization that offers information and support, and promotes evidence-based research, advocacy, and awareness endeavors on behalf of individuals and families affected by hereditary cancer.

Inspired by Ima on (and off) the Bima, this post is one in a series marking the days of the Jewish month of Nisan leading up to Passover, which begins at sundown on Friday, March 30, corresponding to the Hebrew date 15 Nisan 5778. If you want to play along, check out this year's #BlogExodus and #ExodusGram prompts.
Posted by JanetheWriter at 11:42 PM