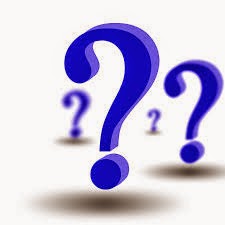 This afternoon, a letter crossed my desk in which a parent indicated that a son had been "barmitzvah'd."

As is my way, I quipped about it on Facebook, to which a non-Jewish friend responded, "Wait, is there something wrong with that?"

Her question prompted me to respond with this bar mitzvah primer:

Bar mitzvah is Hebrew for "son of the commandment." (Bat mitzvah is the Hebrew for girls -- "daughter of the commandment"). A young person becomes bar mitzvah or bat mitzvah upon reaching the age of 13, at which time he or she is considered to be an adult within the Jewish community. Although many young people mark the occasion in synagogue by reading from the Torah and Haftarah for the first time, in reality, no action is required to become a bar mitzvah or a bat mitzvah. Despite its (mis)usage in the letter received in my office today, "bar mitzvah" is not a verb.  I'm sure if any of my explanation isn't correct, my clergy friends will chime in.

Although they didn't chime in to correct anything I'd written, they did add to the conversation:

"Many of my colleagues and I have been fighting the 'bar  mitzvah'd' battle for years.  Clearly we are losing," said another.

A third offered this mnemonic device: "At the initial meeting of my b'nei mitzvah, I teach the word BMINAV (bar/bat mitzvah is not a verb).  They seem to remember that, at least for a little while. :)"

To which my friend had this to say:

"Ahhhhh.  I thought it was the name of the party.  See this is the problem with this town.  Not enough Jews to help me with this stuff."

Her comment sent the conversation in an entirely new direction, when I responded with this:

The party has nothing to do with anything.  Ask my dad about his bar mitzvah and he'll tell you that he and his father went to shul (synagogue), he did his thing, they ate some honey cake, and that was the end of it. (Apparently, there was a luncheon afterward, but it was during the war -- 1945 -- and so the celebration was much different than the over-the-top, tasteless extravaganzas that reign supreme today.)

Kudos to another rabbi friend who provided this terrific summary of the discussion:

And kudos, too, to my friend who initially launched the conversation by asking a question, simply because she wanted to know more.  May we always have the freedom -- and the desire -- to ask questions, to explore, to learn, and to grow.

Inspired by Ima on (and off) the Bima, this post is one in a series marking the days of the Jewish month of Nissan leading up to Passover, which begins at sundown on Monday, 14 Nissan. If you want to play along, check out this year's #BlogExodus and #Exodusgram prompts.
Posted by JanetheWriter at 12:22 AM