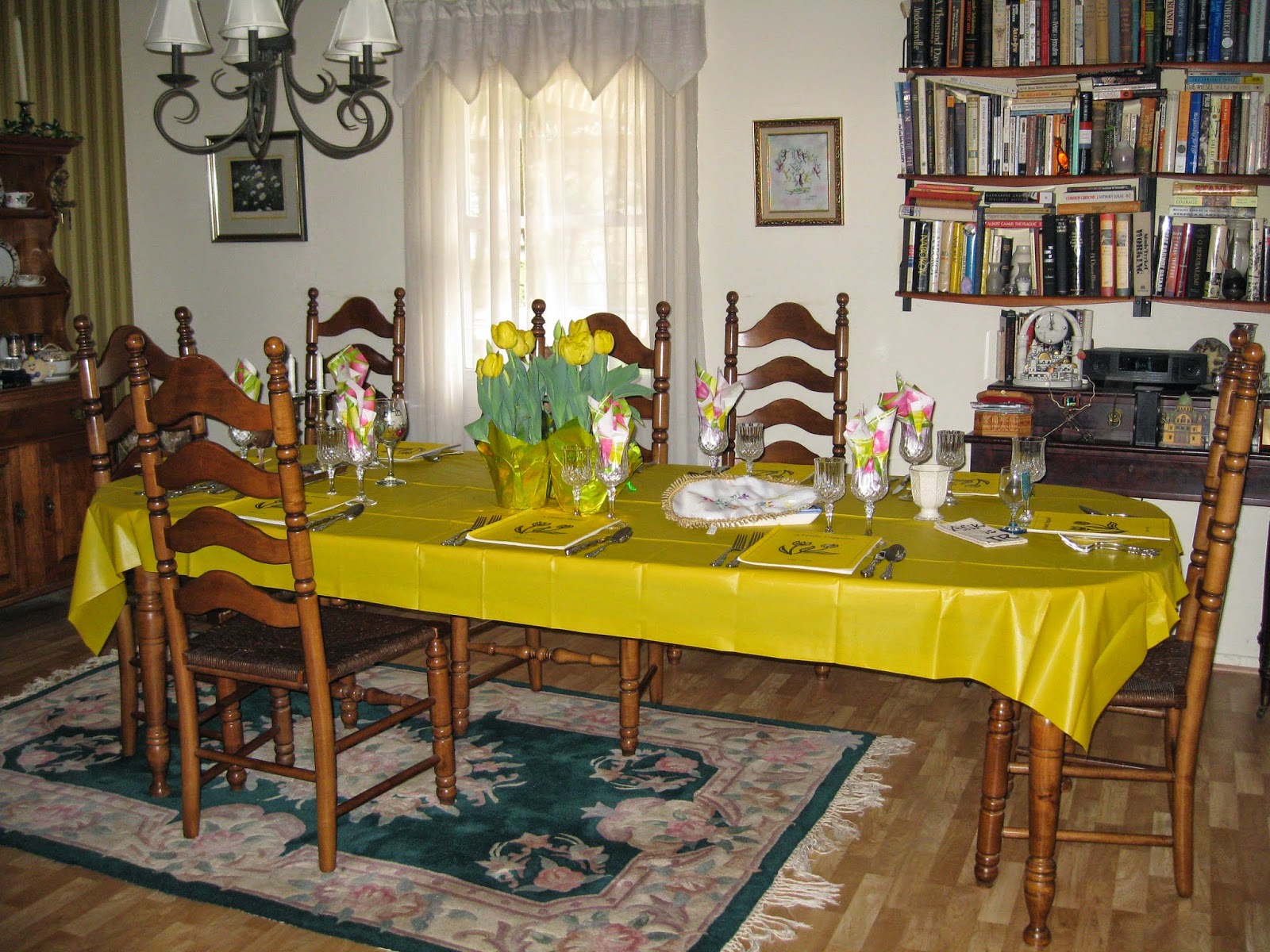 Once again, the Jewish world is preparing for Passover -- boiling up chicken soup with matzah balls, buying brisket like it's going out of style, and sweeping nearly year-old chametz crumbs from toaster ovens, countertops, cars, and couch cushions.

For the fourth time, we're doing it without you.  But, truth be told, we're not really doing it.  With Aunt Claire in Detroit, Amy, Daddy, Ian, and I (and perhaps a friend or two of Amy's) will be at Amy's for the first night.  She and Ian will be leaving for DisneyWorld the next day -- it'll be Ian's spring break -- so it's certainly not going to be a full-blown seder.  In fact, I don't think that Daddy will even bring the yellow haggadot that I compiled about eight or nine years ago.  Of course, we'll all be together for dinner, but, as I'm sure you've surmised, we haven't had a full-blown seder since the last one you and Daddy hosted at 12 Webster Road.  Passover was always "your holiday," and the preparations are so very different now.  I think it's what's called the "new normal," but no matter how many times we do it, it will never feel normal to me.  I suppose that's no surprise given that we did all the preparation in 2010, but then didn't celebrate at all.  Sometimes at this time of year, it feels to me as though I am trapped in the Egypt of that particular Pesach season.

Thankfully, as I've been doing for years (but not in 2010), I will once again celebrate the whole megillah on the second night.  From dipping parsley into salt water to washing my hands twice, and from building and eating a Hillel sandwich to dodging bugs and lice and hail and boils as they're bandied about, and finally singing corny songs after the door's been opened for Elijah, rest assured that I'll be among friends who feel like family, observing the second night of Pesach as I have been since moving to New York.

Without much need to prepare for the seder, I am, as has become my minhag, writing to update you on what else has been going on in my life...

On many weekends during the past few months, I have been occupied -- after minyan -- with researching, writing, and editing a large freelance project I was able to secure back in the fall.  The bulk of the work is finished now, although there will be some photo captions to write and some proofing to do a little later in the spring.

About a month ago, Daddy and I went to Baltimore for Mrs. Steinberg's unveiling.  As with you, it was totally surreal to once again stand in the cemetery, trying to wrap our heads around what is supposedly the "new normal."  If you ask me, it just feels empty and sad and different.  In fact, it's anything but normal.

In some happier news, two weekends ago, I was the keynote speaker at a Sisterhood Shabbaton at Congregation Beth Or in Maple Glen, PA, the theme of which was women's health and healing.  I spoke -- as I have several times in the last year or two -- about BRCA mutations and the path I've traveled since finding out that ours is an affected family.  The congregation's not too far from Terry, so we were able to make a weekend of it, which was especially nice because Matthew was home for spring break.  Hard to believe that he's nearly finished with his freshman year.  As an added bonus, Terry was able to hear me speak, and I was glad to have her there.

I've spent a good bit of this weekend getting my new computer (a MacBook Air) up and running.  It's a totally different process than it was seven years ago when I went from a desktop to a wireless laptop, but it seems that it still takes more time than anyone anticipates.   On the positive side, everything runs more smoothly on a Mac, and as I understand things, there's virtually no need for virus protection software because there are no viruses on Mac computers.

There's lots more to tell you about, but it's late and I'm tired.  Suffice it to say that no matter how much we might pretend to prepare for Passover, the holiday's just not the same anymore.  Besides the seder and all the prep, I miss your matzah farfel stuffing, the first morning of the chag at 12 Webster Road, where having finished with the major clean-up the night before, all that remained was to return the wine goblets and the gold flatware to their rightful cabinets and drawers before sitting down to a leisurely cup of coffee, creamy with milk, a tad bit of sugar (used at no other time of year) and soaking bits of matzah farfel -- the quintessential Pesach breakfast...and one of the things I miss most.

xoxo,
~ Boo!
Inspired by Ima on (and off) the Bima, this post is one in a series marking the days of the Jewish month of Nissan leading up to Passover, which begins at sundown on Monday, 14 Nissan. If you want to play along, check out this year's #BlogExodus and #Exodusgram prompts.
Posted by JanetheWriter at 1:21 AM