May Things "Peace" Themselves Together

This is the yahrzeit candle I lit on Thursday night for my grandmother, who died in 1991 at the supposed age of 91.  (We believed she was as old as the century, because that's what she'd always told us.  Only when we obtained her social security records, did we learn that she actually was born in 1896, nearly a full year before my grandfather.  Despite the time period in which they met as neighbors in the same lower east side tenement building, she was neither a flapper nor a "cougar," and, it was then -- I would guess -- that she "revised" her date of birth.) 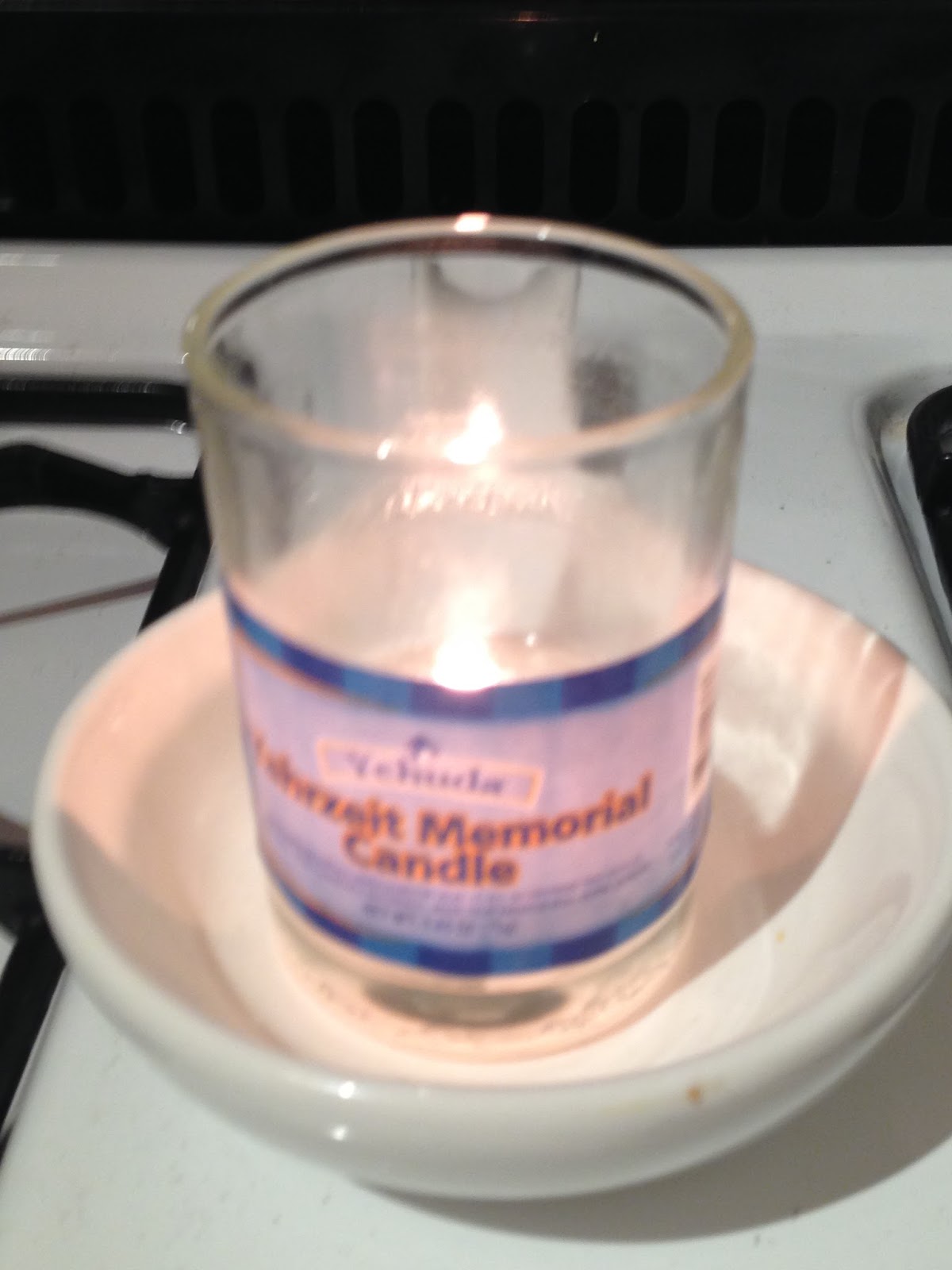 Although I always called her "Grandma," her name was Fanny.  According to Kolatch, "Fannie," "Fanny," and "Fannye" all are pet forms of Frances.  About Frances, Kolatch writes this:


From the Anglo-Saxon, meaning "free, liberal."  The feminine form of the masculine Francis.  Frances actually means "free-woman," while Francis means "free-man."  The origin of these names dates back to the Franks, a confederacy of German tribes who for a long time battled with the Romans before settling permanently in Gaul, in the fifth century.  France took its name from the Franks.  France, Francesca, Francis, Francoise, and Frania are variant forms.  Fania, Fannie, Fanny, Fannye, Fran, Francine, Frani, Frankie, and Ranny are pet forms.

More fitting was what she would have referred to as her "Jewish name" -- Frume, which Kolatch says is a variant form of Fruma.  It derives from the Yiddish, meaning pious one, and indeed, although not especially pious in the traditional way, she was extremely devoted to her family.  As a young woman, she and a sister left Vienna in 1921, and worked tirelessly in New York City's garment industry, saving enough money to bring the rest of their siblings and their parents, all of them escaping increasing economic hardship and growing anti-Semitism.

Perhaps as a carryover from her work as a milliner, my grandmother oft-repeated this expression during challenging times:  "Don't worry...things will piece themselves together."  I bring to mind this phrase when needed in my own life, and especially now, for the sake of Israel, do I pray that "things will "peace" themselves together."
Posted by JanetheWriter at 7:00 PM