As they have for the last six weeks, a number of different paper samples once again arrived in my inbox from Karen Doherty, vice president of marketing at Exaclair, USA, as part of the Rhodia Paper Project.  Included were three different pages of Clairefontaine Classic 90g bright white paper from spiral bound notebooks. 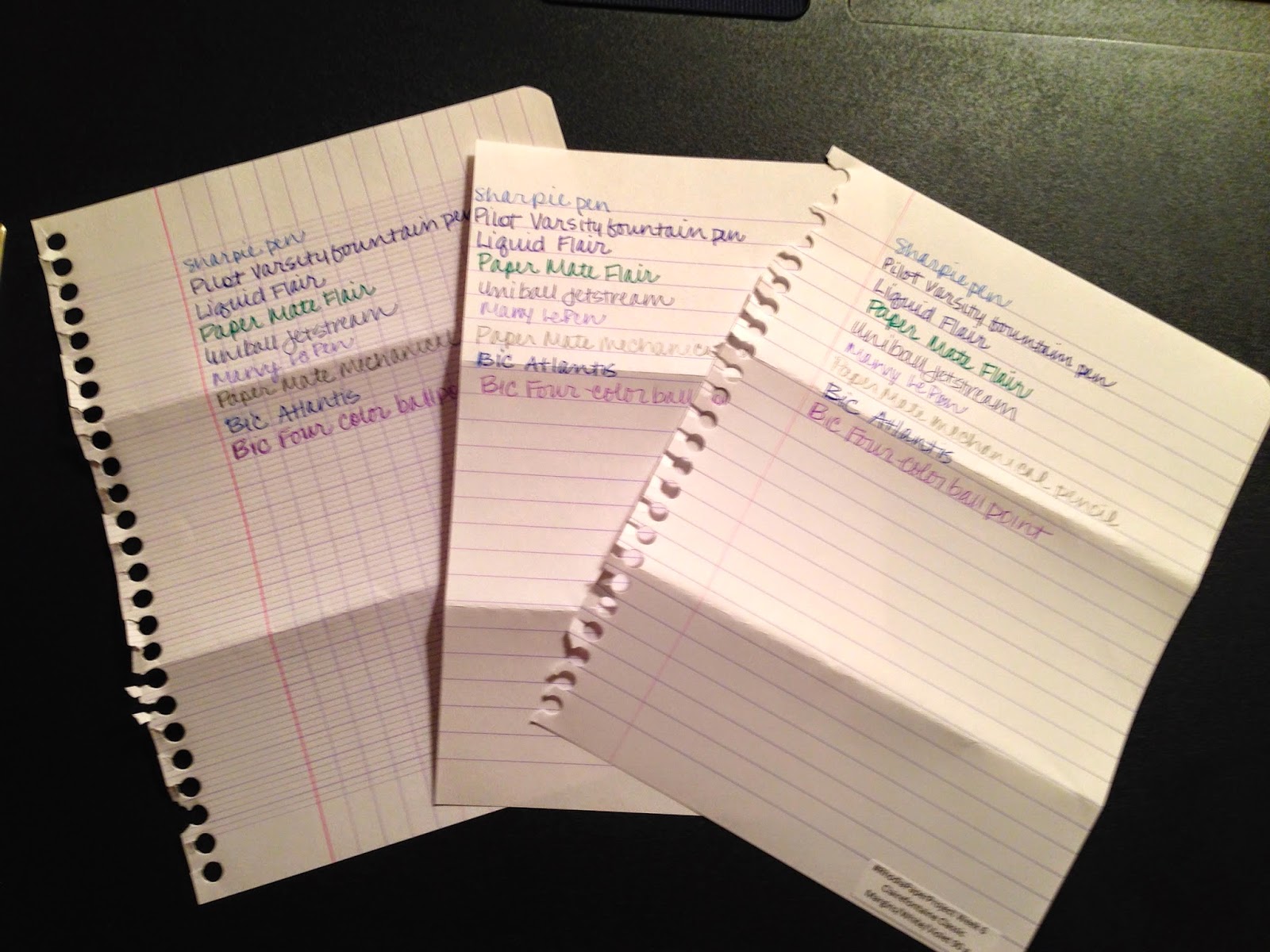 Most appealing was the silky smooth feel of the paper, which had a solid weightiness to it, without being too heavy.  It stood up well to thick, liquidy inks (fountain pen, liquid Flair and Bic Atlantis), which were the most pleasant to use.  Requiring more "push" -- and least appealing of the writing instruments -- were a Paper Mate mechanical pencil and a Bic four-color retractable medium point ballpoint.  Squarely in the middle on the ease-of-use scale were a Marvy LePen and a Uniball Jetstream ballpoint pen.

Although the paper itself was the same in all three samples, my favorite was the lined version because of its perforation to remove the scraggly left-hand edge when pages are torn from the notebook.  Neither the lined paper with the margin nor the French ruled sample includes this perforation.  Least appealing was the French ruled sample.  I found its many vertical and horizontal lines to be a distraction -- both when writing on it and, later, when reading what had been written.

Looking forward to receiving the next batch of paper samples, which should be on their way to me shortly.