Exaclair Papers: Two Weeks' Samples For the Price of One

I've fallen behind in my review of the Exaclair paper products that arrive regularly in my mailbox.

The Week 7 samples are: 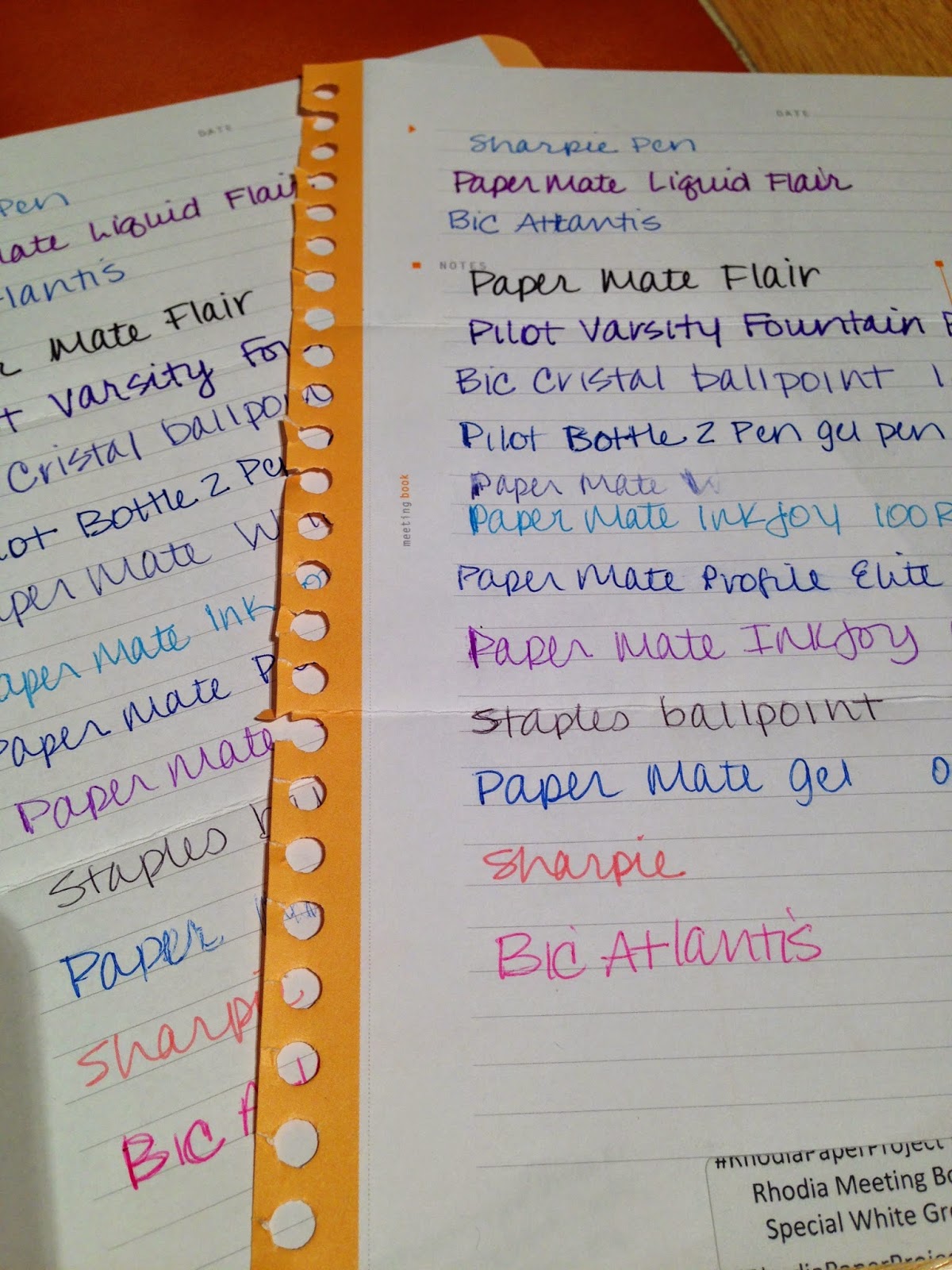 To my untrained eye, the two pages look identical.  Furthermore, despite the difference in weight, to my untrained fingers, they feel identical as well.  Desiring a better understanding of paper weights, I found this website, and now understand that a paper's weight has little if anything to do with its texture, which is how I was trying to discern the difference between the two sheets. Rather, it's all about the thickness and, indeed, when I attempted to judge the two samples that way, the Meeting Book 90 (90g) did feel slightly thicker and sturdier to the touch than the Meeting Book Classic (80g).

Although I like the size and shape of the paper, I don't think I necessarily appreciate the Notes and Action layout pre-printed on each sheet. I do, however, appreciate the perforations that allow removal of the scraggly edges -- and the clean edge that gets left behind.

As far as the "ink tests" go, most of the pens -- even the less expensive, drugstore pens -- took to the paper well, leaving a clean, smooth line behind.  The exceptions were the InkJoy pens, which were scratchy and less than pleasant to use on these particular paper samples (although I suspect it's the pens, not the paper that's to blame here).

Moving on to the Week 8 samples, which include:
I must admit that I've never quite gotten the hang of dot ruling paper and tend to avoid it, preferring blank or ruled formats instead. 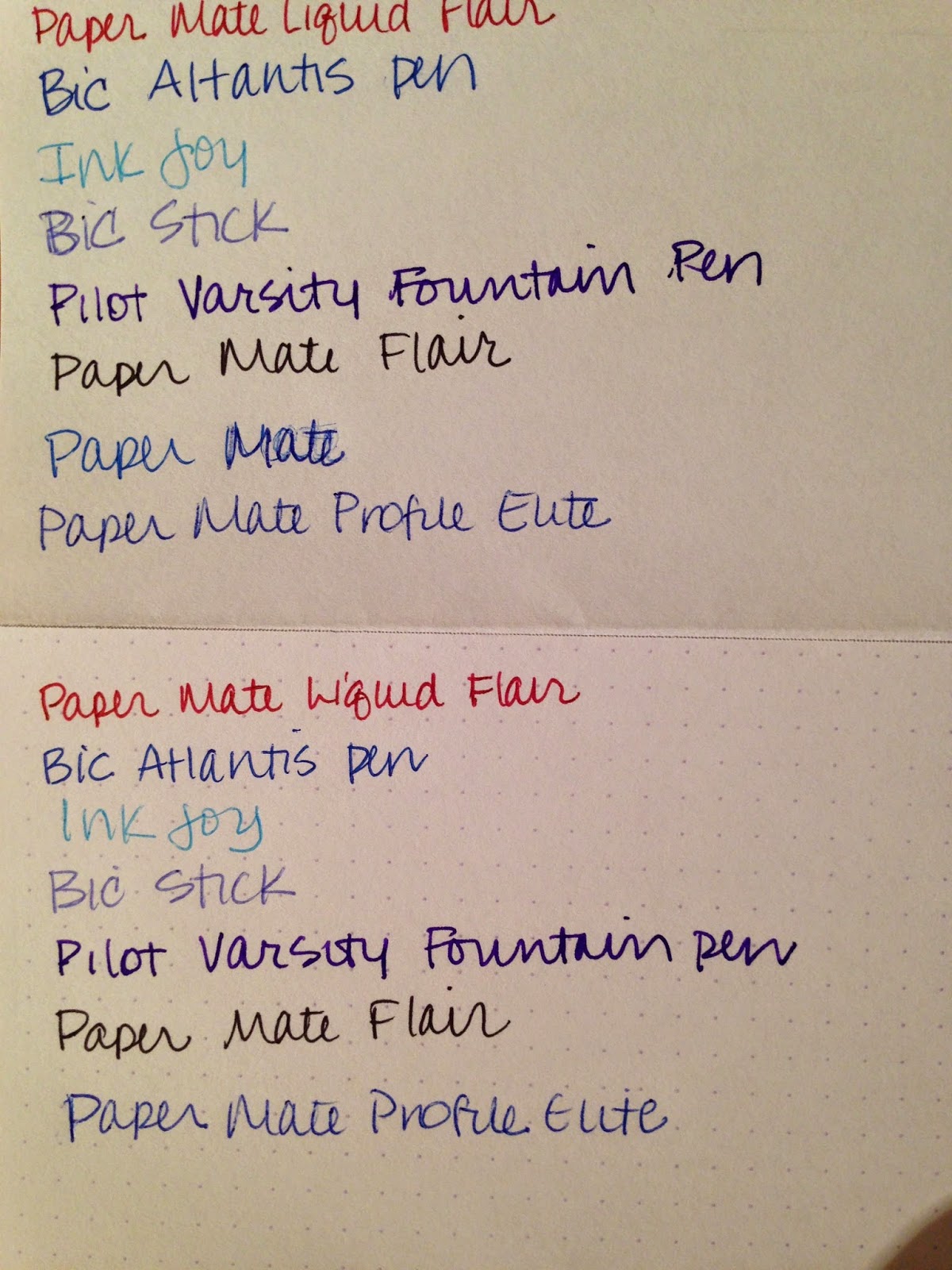 As I've noted in previous reviews, my personal preference is for thicker gel and fountain pen inks and these all tested extremely well on these two samples.  The one exception was the Paper Mate Profile Elite, which didn't seem nearly as smooth as it did on the Meeting Book paper samples from Week 7.  And, as I suspected, the InkJoy pens were as scratchy and unpleasant on the Graf-It samples as they have been on numerous other Exaclair papers.  It's definitely those pens...

I'm delighted that there were two sheets of each Graf-It paper because now that I've used one to test various inks, I still have two clean sheets which I surmise I'll use for doodling and sketching -- with thick gel and fountain pen inks, of course!
Posted by JanetheWriter at 9:43 PM