Fountain Pens and the #RhodiaPaperProject: A Perfect Match

Two weeks ago, January 23, was the 278th anniversary of John Hancock's birth. In honor of his status as the first signatory -- and his bold signature -- on the Declaration of Independence, the Writing Instrument Manufacturers Association (WIMA) designated the the date as National Handwriting Day, providing "a chance for all of us to re-explore the purity and power of handwriting."


How fitting, then, that on that very day, these three fountain pens, sent by my longtime friend, Barbara, for me to try out, arrived in my mailbox. 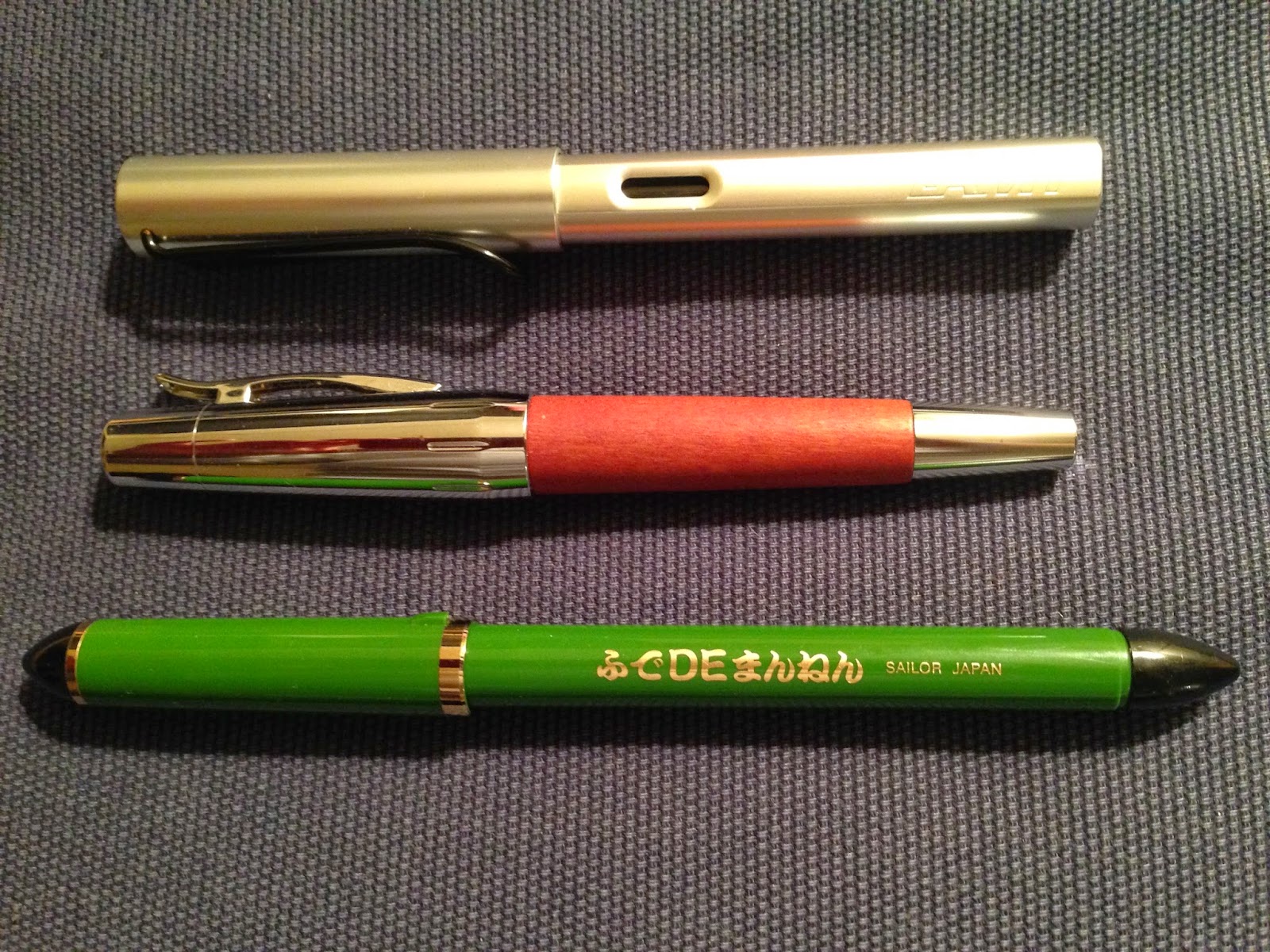 Best of all, was Barbara's three-page, handwritten (with a fountain pen, of course!) letter on Clairefontaine paper, in which she described the pens: 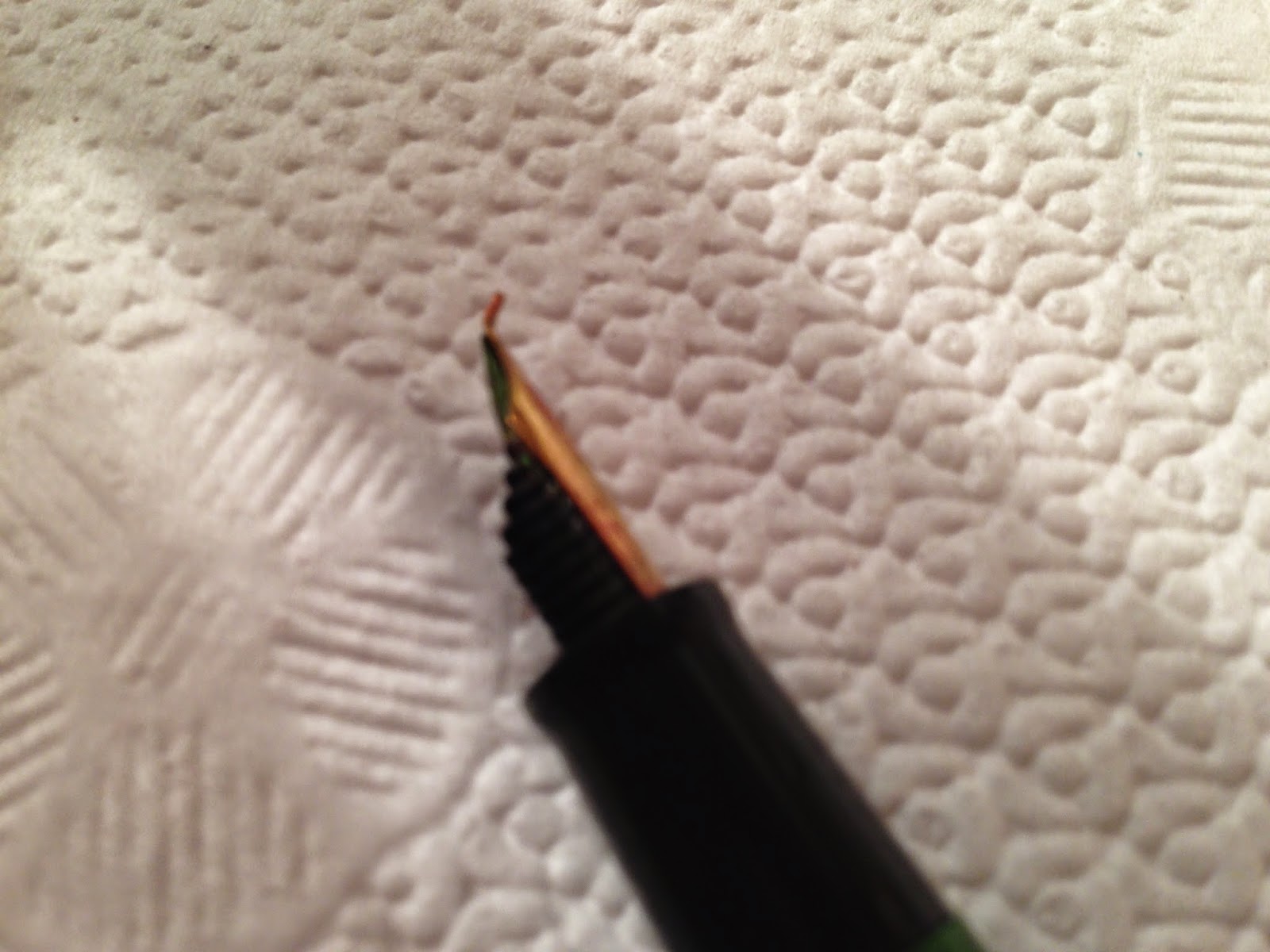 Along with the pens, she sent four small bottles of ink -- "ink drop" samples from GouletPens.com:

Postmarked the same day that the pens arrived, were the three paper samples from Week 12 of the #RhodiaPaperProject, which showed up just a day or two later:

Thanks to a YouTube video, I was able to fill the Lamy Safari with Noodler's Sequoia Green ink, having chosen the penfor its lightweight feel as compared to the much heavier (and, in fact, too heavy for me) Faber-Castell.

Not surprisingly, neither of Barbara's fountain pens (not even the thick, wet ink of the Sailor pen) nor my assortment of disposable fountain pens bled through any of the paper samples. Although perfectly adequate, my least favorite paper among them was the Excompta FAF, which lacked both weightiness and tooth.  The Triomphe, at 90g, ranked better in terms of its weight, but, like the Excompta, lacked tooth.  Its surface was just too smooth.

Hands down, my favorite among the three samples was the Clairefontaine GraF it, both for its 90g's of heft, but also for its tooth, which really seemed to draw the ink into the paper and hold it there in clean, bold (but not too bold) lines. 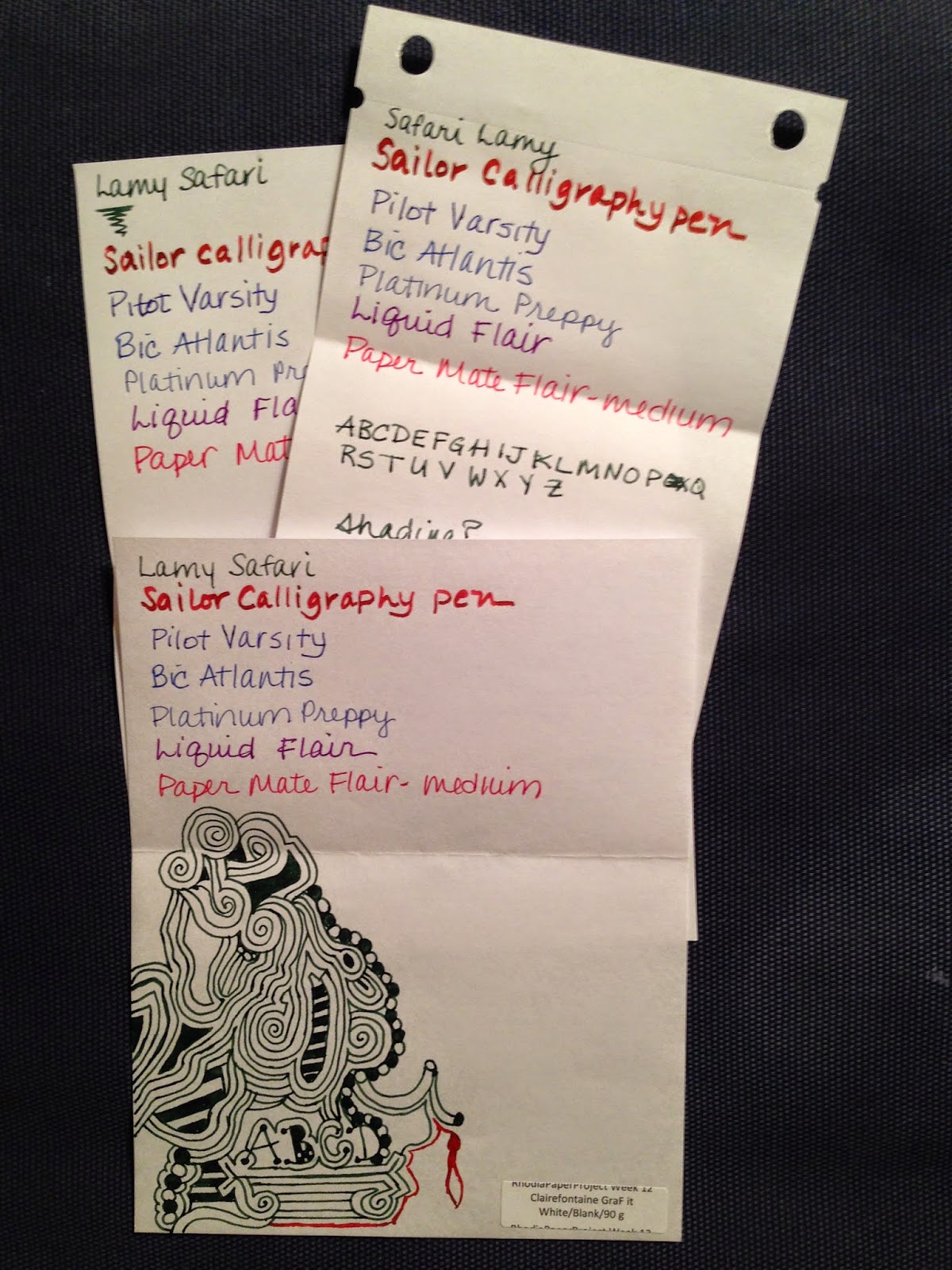 Stay tuned in the days ahead for photos of the "Growing (Sequoia) Green Doodle."


Posted by JanetheWriter at 9:11 PM