How to Play Jewish Geography in the Midwest…Again 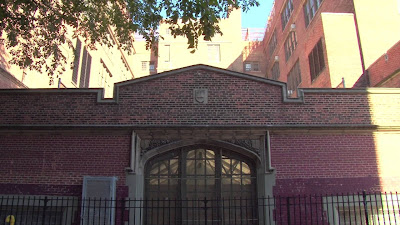 As though playing Jewish geography with Rabbi Jason Miller wasn’t enough, I also got to play the game with Fox Run residents Rhoda and Hank Fleischer, when they came to my Aunt Claire’s for tea one afternoon during my visit.

The story of how Aunt Claire connected with them is itself a Jewish geography story extraordinaire.

Gregarious, warm, and outgoing, Aunt Claire readily introduces herself to anyone she doesn’t recognize. When she did so with the Fleischers, new to Fox Run, a conversation along these lines ensued:


Aunt Claire: “Where are you from?”

Rhoda: “I’m originally from the Bronx.”

Aunt Claire: “I am too! We lived off the Grand Concourse.”

Rhoda: “So did we. Where did you go to school?”

Aunt Claire: “Rhoda Brotman! We were in the same class from kindergarten through junior high school!”

A few days later, Rhoda produced a copy of her sixth grade class photo with none other than my Aunt Claire sitting a few seats away!

Although my Jewish geography encounter isn’t nearly as exciting, it deserves a spot on this blog nonetheless.

When I met them, the Fleishers asked where I worked, When I told them, Rhoda said her father’s sister, Lenore, had married a rabbi, Howard Greenstein, z’l. Although I didn’t know him personally, I do know that his son, Micah, is the rabbi in the Reform congregation in Memphis.

Yes, they told me, but they’d lost touch with the family a number of years ago. I was able to give them contact information for Micah, and they are eager to reconnect and, most of all, see how Lenore is doing.