#BlogElul: To Know or Not to Know 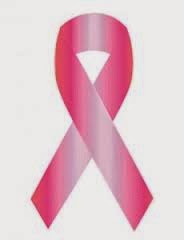 When I lived in Los Angeles more than a decade ago, the father of one of my colleagues had breast cancer.  In light of the diagnosis, his doctors suggested that my colleague have genetic counseling and possible testing for a BRCA gene mutation.

By contrast, more than two years ago, on the day after this blog post about BRCA awareness went live, a different former colleague wrote to say, "I just wanted to tell you that I found your blog so inspirational."

A few weeks ago, she wrote again:  "Hey Jane.  I wanted to tell you that 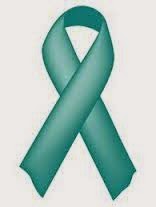 my father and I met with a genetic counselor to assess my risk of getting breast cancer  My dad was tested for the BRCA gene and it ended up being negative.  Thanks so much for talking about your experiences in a public manner.  It really inspired me to check out my own health."

I responded with this:  "Plonit -- thanks so much for your message!  I'm thrilled that your dad's test was negative and that my experience prompted you to get tested.  That's exactly why I do it!  Thank you!!"

Needless to say, I'm pleased to know that my efforts to raise awareness about BRCA mutations, especially within the Ashkenazi Jewish population are meeting with some success.  I'm glad to know, too, that my friend's father tested negative for a mutation and that she and her siblings are not at any greater risk for cancer (breast, ovarian, prostate, pancreatic and melanoma) than people in the general population.

As for my friend in Los Angeles, I hope she knows that even though she's opted not to test for a known BRCA gene mutation, she (and her daughter, beginning at age 25) should be doing surveillance as though they had, in fact, tested positive.  The regimen includes a mammogram once a year and an MRI six months later, meaning that they'd be getting each mode of testing no more than once a year (so insurance will cover the costs), but also getting two chances in one calendar year to be checked, increasing the likelihood of finding disease, if any, in its earliest, most curable stage.

Whether or not individuals want to know their BRCA mutation status, it's critically important that they know and understand the risks associated with these mutations and that they use that knowledge to make decisions about testing that are right for them and their families.

For more information about hereditary breast and ovarian cancer (HBOC) syndrome or to locate a certified genetic counselor who can help your family assess its risk, check out the website of FORCE: Facing Our Risk of Cancer Empowered.

In the year ahead, may we all have access to the knowledge and resources necessary to make the best possible decisions for ourselves, our families, and our loved ones.  Amen.


Inspired by Ima on (and off) the Bima, this #BlogElul post is one in a series marking the days of the Hebrew month of Elul, which precedes the Jewish High Holidays and traditionally serves as a time of reflection and spiritual preparation for the new year.
Posted by JanetheWriter at 9:57 PM