#BlogExodus: A Roundup of Beginnings 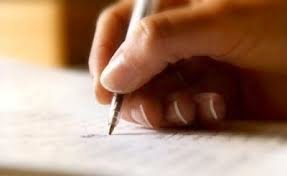 Although it may seem odd to begin with a roundup, today, 1 Nisan, presents a confluence of beginnings.

Not only is it the first of the month of Nisan and the first full day of spring, it also is Shabbat Ha-Chodesh, which marks the beginning of one of the four new years on the Hebrew calendar. This day begins the liturgical year as was referenced in the Rosh Chodesh parashah we read this morning:  “God spoke to Moses and Aaron when they were in Egypt and said, ‘This month shall mark for you the beginning of the months; it shall be the first of the months of the year for you’” (Exodus 12:1-2).  The liturgical year ties all Jewish festivals to the Exodus from Egypt so its beginning now -- less than two weeks before Passover -- is most apt.

The three other new years are 1 Tishrei (Rosh HaShanah), which celebrates the creation of the world, 15 Shevat, known as Tu B’shvat, which celebrates the new year of the trees, and 1 Elul, which in ancient times was the new year for animal tithes.  Today, we recognize 1 Elul as the beginning of the month preceding Rosh HaShanah, and use its days for spiritual accounting and housecleaning in preparation for the High Holy Days.

By coincidence (or perhaps not) today also marks the beginning of our reading of the Book of Leviticus, the middle book of the five books of the Torah that is filled with the laws that dictated Jewish living during the time that sacrifices in the Temple were the norm. Interestingly, this is the book of the Torah with which yeshiva buchurs begin their study as young children.

In keeping with the theme, I recently began a new book, In the Garden of Beasts.  Set in Berlin in the early 1930s, the characters, with no Facebook, YouTube, texting or electronic devices to distract them, had plenty of time to devote to journal writing.  Indeed, it seems that nearly everyone kept a journal into which they scribbled reflections, thoughts, ideas, ideologies, and so much more that the book's author, Erik Larson, used many of those very words to paint scenes, reconstruct conversations, and, in fact, tell the story of Ambassador William Dodd and his family.  For those who so diligently kept the diaries, the writings – more than eight decades later – still testify to the lives lived and the individuals to whom those lives belonged.

With that in mind, at this season of new beginnings, I resolve to start (yet again) to journal during the month of Nisan – and beyond.  Even if the daily scribbles are no more than the weather or the briefest rundown of the day, I am hopeful that very act of putting pen to paper (no electronic tools for this activity) to reflect upon events, as well as to record thoughts and ideas will heighten my appreciation in being, help my eyes, heart, and mind to see and feel beauty in the mundane, and slow my oft-hectic pace long enough to be cognizant of and thankful for all that is good.

Inspired by Ima on (and off) the Bima, this post is one in a series marking the days of the Jewish month of Nisan leading up to Passover, which begins at sundown on Friday, April 3, which corresponds to 15 Nisan. If you want to play along, check out this year's #BlogExodus and #ExodusGram prompts.  This series of essays also is priming my heart, mind, and spirit to participate in a six-day summer writing seminar, Beyond Walls:  Spiritual Writing at Kenyon.
Posted by JanetheWriter at 5:23 PM