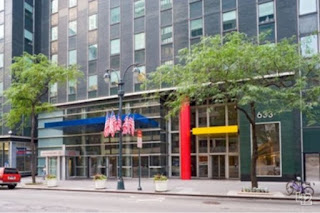 I’m having company for brunch and as I was transferring the whitefish salad – one of my favorites – from the Fairway container to a serving bowl, I took a taste.

Suddenly, a flood of whitefish-eating memories from this season in years past rushed in, I guess because it was always such a treat on the lunch buffet at those long-ago meetings.

Frequently, the United Nations General Assembly was in session, creating chaos in the neighborhood, but even if it wasn’t, there always were lay leaders, committee reports, and a d’var Torah. Often, someone blew the shofar, its echo filling a room that always felt warm and collegial -- even if my lenses are a little rose-colored. If there weren’t enough seats, staff members sat on the radiators along the windowed side of the room, in chairs along the opposite wall, or perched on the counters in the back. The microphones at the end of each aisle captured speakers’ comments, questions, and concerns, but not before they’d clearly stated their name and congregation for the record. At some point at each gathering, the president spoke and I hung on every word – engaged, motivated, and proud.

Change is hard...and sometimes time only makes it harder.

Inspired by Ima on (and off) the Bima, this #BlogElul post is one in a series marking the days of the Hebrew month of Elul, which precedes the Jewish High Holidays and traditionally serves as a time of reflection and spiritual preparation for the new year.
Posted by JanetheWriter at 11:35 AM